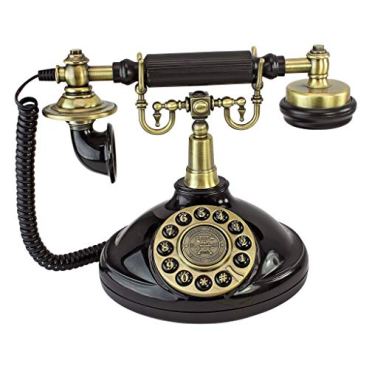 Today I was given a task: something new and novel after 7 days of nothing, of stewing, of worrying and brooding. Here we were: back to work. I was asked to call every student in my 2nd period and try to talk to them and their parents. I started off the day in my seemingly neverending quest for flour, but that is another story. Flourless, I began the phone calls at about 10am.

I have this theory about education; the theory is that public education, but K-12 education in general, gets a bad rap in the press, but in reality, people love their local schools. I spent hours today talking to kids and their parents. I spent time laughing and listening and commiserating and checking that they were all mostly ok. I listened to moms so worried their kids were going to miss out, to a dad who said his son was very sad to miss school (a revelation since I didn’t know he liked it at all), to a student who told me, in his typically friendly and nonchalant way, that everything was all right and he understood what he needs to do next week.

The calls took hours: much longer than I thought they would. Even though at times I became tired, I was thankful to reach out and talk to each and every one of those people. Sometimes, I took the calls outside on the patio when I needed some sunshine, and sometimes I just sat at my kitchen table and laughed and laughed with fellow moms of teenagers. One mom told me that I am the first teacher who has ever given her child a B and she likes me for it because it taught him to work harder. One mom said she was so worried about her three girls that she felt panicked but would do her best to make sure they walked over to pick up free breakfast and lunch and did their work for school. Her daughter, fellow nervous spirit, is so worried that she doesn’t have enough hours for NJHS (she has 46 out of the required 10) and that we wouldn’t be able to host the fundraiser for the cafeteria manager who has breast cancer.  I asked a dad of a student who wants to be in Early College High School that he talk to his extremely gifted child about the importance of being flexible and open in the face of uncertainty. As I write, another child’s father just called because he received my message earlier and wanted to check about the plans for next week.

I teach in a district with 87% poverty. Let that roll around in your brain a bit. There are all sorts of assumptions about students who come from under-resourced environments. Data says they don’t achieve, that they don’t have the grit of their wealthier peers, and some folks even say that they are un-teachable. With these attitudes come years of classist and racist prejudice that are unfounded; I have done this for 14 years and I have very rarely found a parent who does not want the best for their child. Even those two moms I can remember saying so were only speaking out of their own pain, anxiety, and fear.

I started today by looking at news that said we are facing 30% unemployment. This afternoon, I spoke to a dad who clearly was very worried about getting food for his wife and himself, and was relieved to hear that there are free meals available for his children. When I listen to parts of the daily press briefings, it is abundantly clear to me that the people in government have no idea what a dollar costs. They don’t know the price of a gallon of milk, or the choices parents have to make between eating themselves and getting food for their children. When I think about these things a lot, I become very angry.

I ended today by speaking to so many parents and students; the majority of my students said they missed being in school. The majority of their parents were very carefully listening to exactly what they needed to do to connect their child with the academic expectations of their teachers. All the people I spoke with were kind and said they were doing fine and that it was important that resources went to people who really need them.

In other words, I had a very positive, human experience. No matter how angry our government’s response (or rather, lack of response) makes me, I have to remember that in order to move through this experience, whatever it will be when we get to a place of reflection upon it, will depend on the actions of each other. We will listen and laugh, and cry, and find solutions, together. We will remember that each of us is trying her or his best and that each person cares so much it is incomprehensible and indescribable.

With love and appreciation tonight, I am going to go and eat chicken and rice, and not worry about the fact that I still can’t find flour.