This morning, the second day of warmer temperatures caused most of the snow to sublimate to its gaseous state of fog. (This was my first experience with sublimation, and as an ex-middle school science teacher, it was really exciting.) Thick, pouring fog descended down from heaven and up from the roiling surface of the ocean and filled our tiny town with beautiful whiteness. White fog on top of white snow creates an incredible environment full of silhouettes: trees turn from three dimensional forms to black two-dimensional forms set upon the landscape.

Early this morning, I took a walk down to the water. 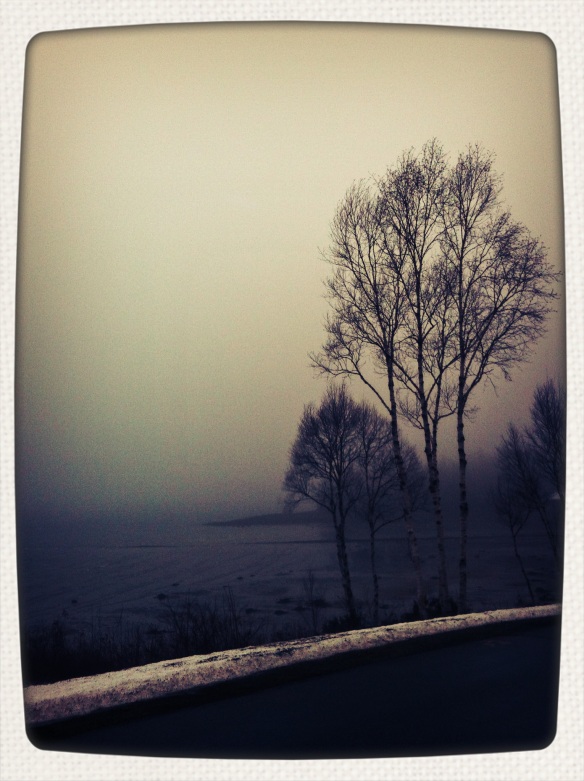 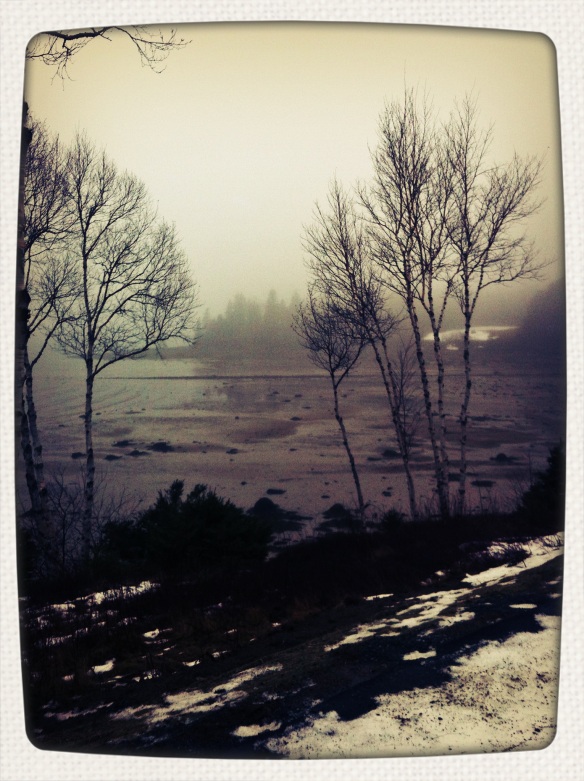 By the end of the day, the fog had completely burned away and the sunshine returned.

At dusk, the sunset was colored a bright marigold orange, smooth bands of color stretched horizontally out across the horizon. The ocean water was a continuous, deep blue, textured only with the bands of waves as the light wind played across its surface. The islands and trees were once again transformed into black two dimensional silhouettes, stark against the orange and deep blue. Standing on the deck of one of the Rockefeller’s summer houses, my boots deep in the remnants of snow, waiting only a moment lest I be caught, I watched the sun retreat below the horizon as one more day passed by.