“I can only note that the past is beautiful because one never realises an emotion at the time. It expands later, and thus we don’t have complete emotions about the present, only about the past.”

I recognize them by their trucks: the men of the town. Very few women drive trucks, but almost all the men do. Silver F-150s, blue striped GMCs, black and bright green Chevy’s, red construction and demolition Peterbilts. In fact, I live behind a demolition company and walk past their fleet of oversized red trucks every day.

Yesterday, I walked down to the harbor to have lunch and conversation in a truck. It was the blue striped GMC. Its interior was dusty and reflected the country life of its owner: green shotgun shell on the dash, Old Crow Medicine Show music playing from the tape deck, a pack of Marlboros shoved into a cubby hole, an iPhone, a can of Monster, old coats, older boots. The interior was that heavy carpeting of 1980s American cars: the stuff that binds upon itself over time and becomes softer but tangled, stands up from the floors and walls of the truck. As I sat there, I was struck by the memory of my mom’s Oldsmobile station wagon: our childhood car that had the same carpeting all over its interior, and velveteen and vinyl seats.

When we were kids, my brother and I would sit in the trunk of the car because there was a rear-facing seat in there and we could stare out the back window of the wagon and pretend we were driving backwards. I don’t think they make those seats anymore; I have a strong attachment to that memory. Houston, Texas, blue Oldsmobile station wagon, my brother giggling, my mother managing us, moving us across that landscape that was so alien to her. Streets of white asphalt that crunched under wheels and feet, dust, pine trees, humidity, intense heat. Pine needles turned golden as they fell off in the summer and fall, pine cone wars with neighbor kids, swimming, popsicles, Jello eggs. 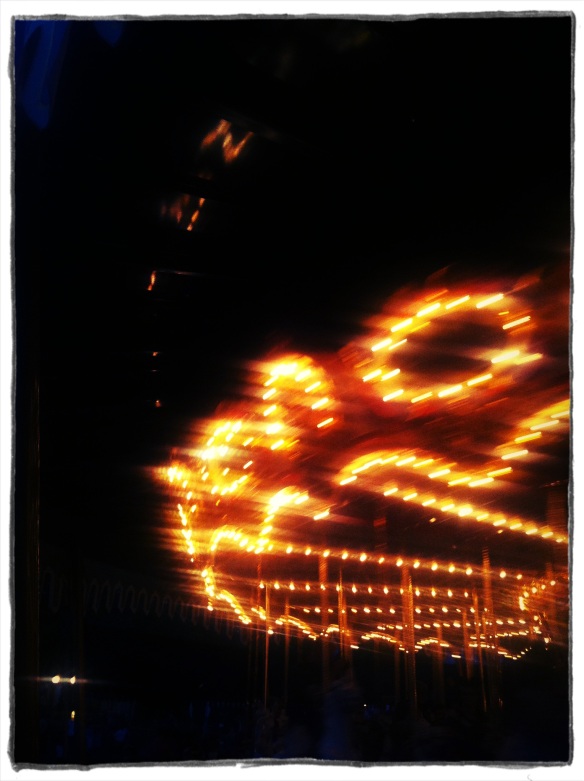 In high school, I spent much time in a town called Porter, Texas, which was about 45 minutes away from where I lived. Porter was home to my boyfriend’s grandmother, which is also where he lived most of the time. She lived on a few acres surrounded by a hurricane fence in an old, stationary trailer with an ornament of an eagle that hung off the pitched front window. In that kitchen I was served mashed potatoes and fried chicken and Kool-Aid and all kinds of other delicious things over about three years. There was a barn, too, and many, many rose bushes everywhere. She loved roses. There was also a large tree with a swing, a dirt road leading to the trailer, and whole lot of nothing else.

Porter, a town outside of Conroe and near Cut-n-Shoot, was in the piney woods of East Texas, on your way to Huntsville. The trees were tall and skinny, and shady. Despite the heat that seems to pervade all those memories, there was a calm in that shade, and I remember them moving in the wind. When it was very rainy, during the monsoons, sometimes, they would pop: literally explode from over-watering. They seemed to pop at different intervals, as if there were places in the trees naturally designed to expand into a large bubble of water and wood pulp. The smell of East Texas was strong, too: pine, and soil, and heat, and sweat. The sounds of trucks driving along the roads, lawnmowers, tractors, dogs barking, chainsaws. Raccoons lived there, in the woods, as well as copperheads and water moccasins in the rivers and streams. The sun streamed everywhere: I have so many patchworked memories of sitting in a patch of sun, on the dirt, on the ground, stirring it into designs with a stick, watching ants, playing with earthworms, drawing spirals and other shapes in the earth. I still do that, today.

I am experiencing a feeling of returning and it is very disorienting to me, as if I have been spinning on a carousel for a long, long time, and it is finally stopping; as if the blur of pictures that you see whilst riding a hobby horse on a carousel are slowing down and coming into focus. This place, the country of coastal Maine, not my town exactly, but the places around it, remind me so much of those country towns of East Texas. The people are similar, they drive the same trucks, they do the same things with their time. There are fir trees here, not pine, but the smells and sights are so similar. Of course, in East Texas there are no beautiful granite formations or islands or the ocean, but the feel is there. It’s as if I have returned after a very, very long time. And I suppose, in some ways, I have. Thirteen years away from your family makes returning scary and challenging: starting anew, again, for the third time in a few years, living in small towns in a place with such a long, long winter. Exploring options, trying to forge a path.

I was speaking with a friend about his new bathtub the other day, and how, when he took his inaugural soak, he was transported back to the bathtub in his parents’ house, a series of memories about forty years old. He said he remembered how it felt to be in the bath, how the walls in the bathroom looked, and the sensation of holding your breath under the water as long as possible. We all did that, didn’t we?

And yesterday’s lunch in the blue GMC, with its carpeting and velveteen-vinyl seats, transported me back to a childhood outside of Houston that, at many moments, I plain forget. I thought I had forgotten so many sights and smells and sounds and memories of growing up in the almost-country of east Texas, and yesterday all these things flooded back: the train track behind my high school where a friend of mine got drunk and passed out on the tracks and was run over, my best friend’s almost El Camino and racing boys in cars in it while smoking cigarettes and jamming to the Rolling Stones, my boyfriend’s 280ZX and sitting on his driveway in the afternoons after school. Driving to Huntsville to sit in the sunken rose gardens at Sam Houston State University, time spent at a strange lake house in Cold Spring when I was weeks away from graduation from high school. Camping in the woods in Nacogdoches, making forts in the woods with neighborhood kids, reading books on a blanket in the front yard and waving to the elderly lady who drove past me in her Cadillac each day.

My parents left Houston about six months after I graduated, and so I never returned there as an adult to have these memories cemented into my mind. Funny how things come flooding back, as you sit talking about nothing in particular, on a cold spring April day, looking at the water move against the dock, in a 1980s beat up pickup truck. 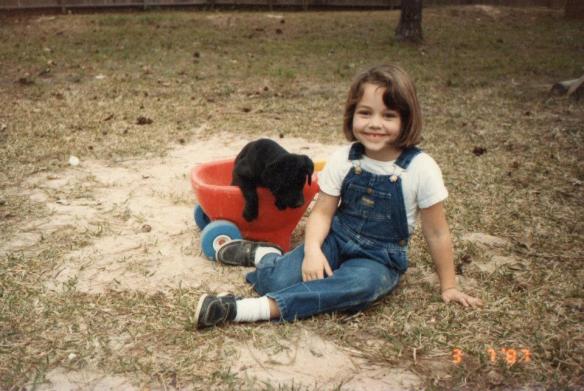