“You get older. In the end, you end up accepting everything in your life – suffering, horror, love, loss, hate – all of it. It’s all a movie anyway, the whole phantasmagoria–it’s all meaningless. There is no answer to any of it ultimately. It’s just what is. There is only the moment. Be still and see what happens. All of this unfolds perfectly, you’ve got to get beyond consciousness.” ~ Harry Dean Stanton

Tonight, I ended about two weeks of phone calls with UPS, after shipping back two boxes of paintings from Maine. The first box was damaged, “completely destroyed”, and was discarded, in the dumpster. The second was lost, then found, then lost again, then found again after an investigation, on a truck in Mesquite, Texas, before being returned to Maine. At least it still exists.

For the last two weeks, I have been so upset by this: clinging, almost, to these framed paintings, lithographs and needlepoints. I have been desperate for some sort of recompense for it, some sort of explanation, even just a refund for the money I paid to ship them into the ether and into their literal destruction. I have been reminded over and over, mostly by myself, that these are things, and therefore are not life or death. They are things, not the memories in the things. Despite that fact, these things I had carried with me, some of them, since I was in middle school, high school, and college. I had shoved them into cars and trucks, lovingly protecting them and moving them from place, to place, to place. So many places over the last few years.

I don’t know which ones are gone and which ones are still around, in a box up in Maine. It sure does seem like Maine wants to hold on to my art for me: and for that, I appreciate the state and its energy, its community, its spirit. I miss its wildness and its adventure, while I don’t miss its personal economic challenges. I miss the Tool Barn, and my morning mountains, the sound of snow, the feel of ice under your feet, the color of green that only comes in the form of leaflets at the end of a true winter. I miss the sunsets and Somes Sound, the people, driving along all those windy roads. I miss the aliveness of everything: the environment that speaks to you, speaks with you, takes you in, and you become, over time. So I will lovingly say to Maine: please keep my art until I am in a place to be able to have it again. When that opportunity knocks, I will be more ready than before.

In those two boxes were needlepoints by my great-Grandmother, including the owls with their funny smiles and the note hidden inside the frame by my grandfather on my 1st birthday, before we left England for the United States. There was also a needlepoint sampler made by my best friend, abloom with snarky quotes from Kanye and Journey and a creepy, Victorian-inspired severed hand with a rose in its clutches. Also, two silk paintings of Thai house gods that scared me so much when I was little that my parents hid them in the attic, until I found them again in middle school and claimed them for my own. Since then, they have flanked the front doors of many different houses. Also in the boxes was a Calder lithograph gifted to me by my first truly maddening boss, a lady named Renee Fotouhi. She gave me another picture which actually didn’t fit in the boxes, and remains, safe and sound, in the house in Salsbury Cove. Also, a framed poster that I had carried with me everywhere, rolled up tight, until framing it for my birthday present to myself last year: it was titled Who Was What When. Also, a beautiful print of my favorite photograph of me ever taken, by a man named George Soules, last year. But, I always did think it was a little big.

So, what does it mean? Nothing: nothing at all, in the grand scheme of things. In the metaphorical scheme of things, it is representative of something, to be sure. Since returning to Austin, I have had my purse, cell phone and external hard drive stolen, had a relationship that seemed so clear become murky as a mud puddle, and now, lost some of my prized possessions. In simple language, I clearly didn’t need these things and thus, they were taken away. In real language, I feel like many things are being taken away, and I can only think, positively, that they will be replaced, or better, reinvented, as other, more purposeful things to the present me. 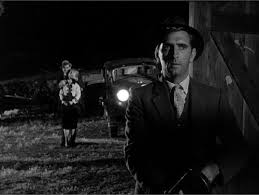 Do we change? Do we stay the same? I suppose this is one of the primal questions. Last week I went to dinner with a great friend, someone who is more of a parent to me than a friend or teacher, and we spoke about getting older and still being the scared little kid of childhood who wonders if s/he is really loved, or not. In this friend, I can see much change in the form of awareness of the self. I think I can see this in me, too, though I am not quite as far along the road as he is. He has thirty-three years on me, though.

I think that, for a long time, I was so afraid at looking at me that I avoided it at all times; I was very skilled at being out of touch with myself. When I started to look inward, it was scary, terrifying, and emotional. With time, now it is what it is, and what it is has become an important part of my daily life. I look myself in the eyes now, and ask myself how I am doing, if something is true, if I can see happiness or strength in there. I never used to do that.

Maybe, losing this stuff is saying goodbye to the old me. I mean, after all, I bought that damn purse after my ex-husband and I split up and he and his family took advantage of my situation and personality and took almost every dime that we made off the sale of our house. I took the $1500 I had, moved house, and bought a really fancy purse. It was time to let that go. In that purse was my cell phone, which was a real bummer, and my external hard drive, with all my old school lessons, and all my photos of the time between 2002-2015. That was hard. The paintings are more tied up with family, memories, childhood, wishing for a family that was different from the one that I actually had: I used to will that one day it would just change and the picture in my head would match the way it was, but it never did. My parents house always looks very pretty, very put together: you can ask anyone who has been there.

This Christmas I saw a photo of my friends’ family: of mom and dad, now grandparents, of my two friends and their partners, and even two little kids, all but one dressed in matching pyjamas. For a moment I was sad and said: we will never have that! But almost in the same moment, I realized that if I want that, I have to start to make it myself. And also, that we never had that, so why, at the age of 35, was I still wishing for something that never was?

It is hard to let go of things and people. It is, for me, especially hard for me to let go of the things and people who sometimes are the worst for me, because I believe in them so much I just keep waiting/hoping/dreaming/deluding that if I just stay a bit longer then they will see the error of their ways and then everyone could be happy! It sounds Pollyanna, and it is I suppose, but I believe in the good in people and their capacity to change for the better. I have seen it in my friends and in the many children who have crossed my path over the years.

I don’t like the way that this change happened: this abrasive ripping off of the band-aid could have been a bit more tender, nicer, smoother. I am currently reading Laura Esquivel’s “Malinche”, about a woman who goes through life’s mishaps and misadventures during the time of the conquistadors. When she is born her grandmother senses that she is to lose everything in order to gain everything. Maybe that is what this is: a period of time where everything is cast into harsh perspective, so that the light of truths are actually illuminated, instead of just glowing on a back shelf, waiting for me to notice them.

It is hard to choose. How can we choose one thing/person/profession in this world of ours? It seems to move at a million miles an hour yet can slow to a turbid drip of cold molasses at times. How do we know what is right? I am beginning to realize that nothing is right and everything is right, all at the same time. Start on a path and see where it takes you. It is a scary but exhilarating thought that it IS just a ride through space and time, and that you are always where you are supposed to be because you are there. Comfort and discontent: what interesting sides to the sword, along whose blade we walk!

“I saw my life branching out before me like the green fig tree in the story. From the tip of every branch, like a fat purple fig, a wonderful future beckoned and winked. One fig was a husband and a happy home and children, and another fig was a famous poet and another fig was a brilliant professor, and another fig was Ee Gee, the amazing editor, and another fig was Europe and Africa and South America, and another fig was Constantin and Socrates and Attila and a pack of other lovers with queer names and offbeat professions, and another fig was an Olympic lady crew champion, and beyond and above these figs were many more figs I couldn’t quite make out. I saw myself sitting in the crotch of this fig tree, starving to death, just because I couldn’t make up my mind which of the figs I would choose. I wanted each and every one of them, but choosing one meant losing all the rest, and, as I sat there, unable to decide, the figs began to wrinkle and go black, and, one by one, they plopped to the ground at my feet.” 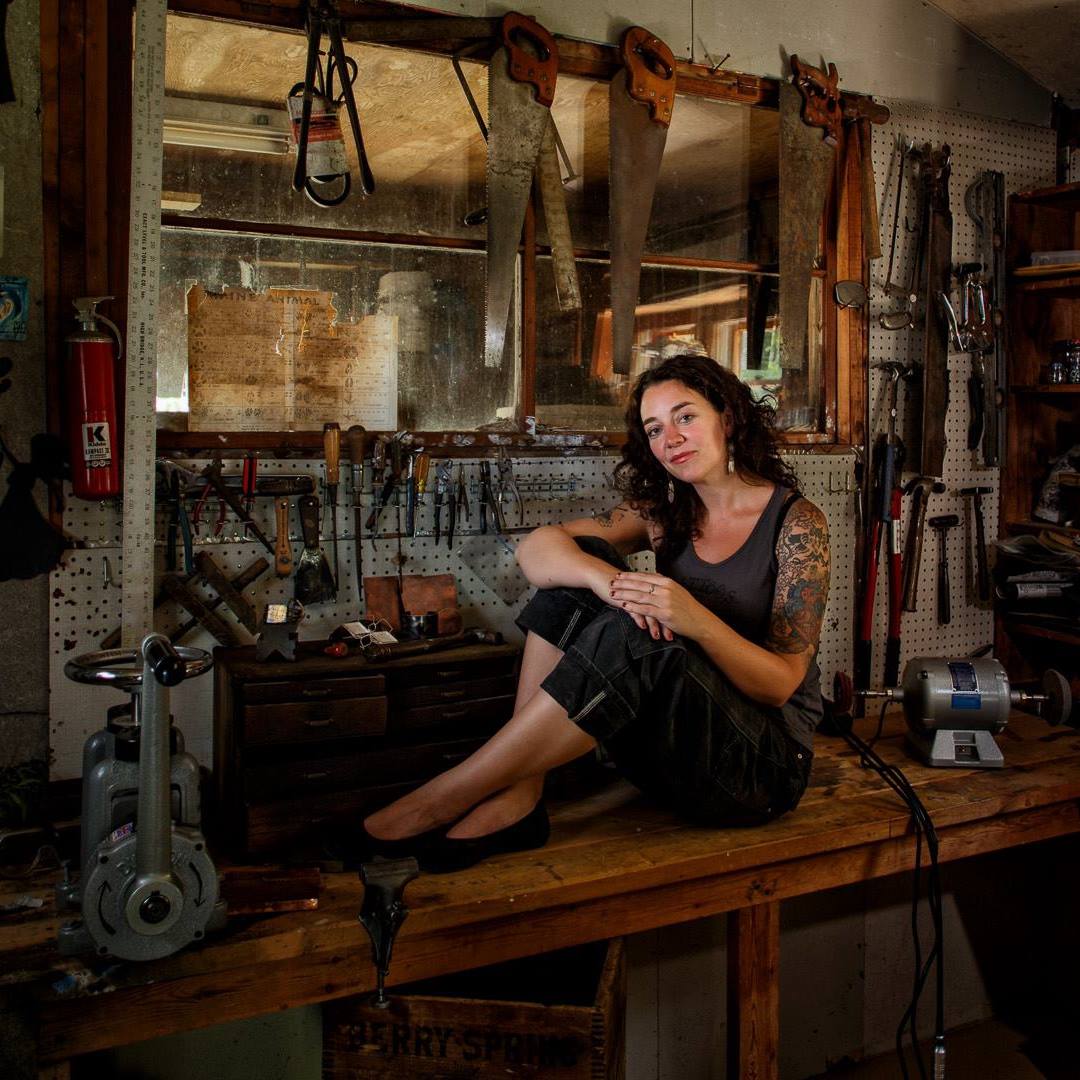 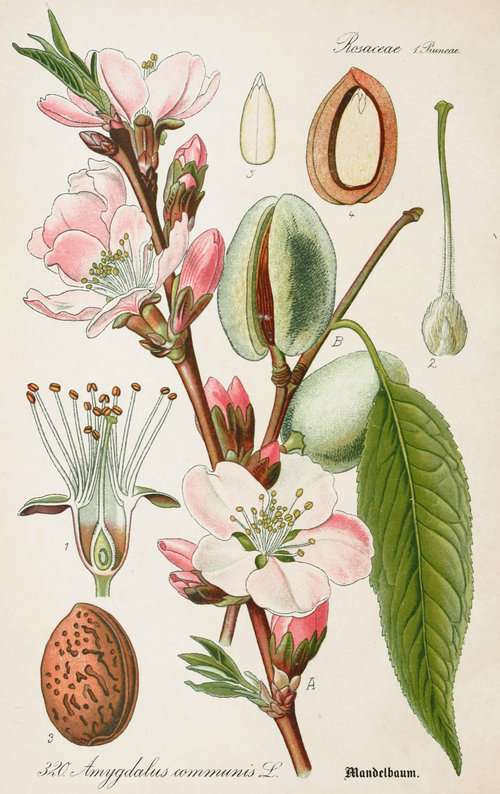